Poverty, Crime and unemployment is concentrated in the inner cities of the United States. Poverty: Inner city poverty rate is 32%, rest of central city 9.4%, US overall 15.7%. 30% of people in inner cities live in poverty v 10% in suburbs.

A study by New York University shows that American cities remain the most violent in the advanced world. In 2017, 12 U.S. cities in their database had a murder rate of more than 20. murders per 100,000 people—a threshold used to distinguish the world’s most violent, war- torn places. Murder and violent crime remain distressingly concentrated at far higher levels in the most disadvantaged and disconnected areas of US cities.

UNITED IN PEACE IS A FOUNDATION ESTABLISHED IN 2012 BY MINISTER TONY MUHUMMAD AND REVEREND ALFREEDIE JOHNSON.

It is a growing multi-ethnic, multi-faith popular movement that is successfully uniting diverse peoples to work together to bring peace and prosperity to the most violent inner-city neighborhoods.

GOAL:  Firstly, to broker peace between these gangs and end their waring and violent crime, Secondly, to rehabilitate and educate these individuals and thirdly, to provide job and business training to them so that they can both, have gainful employment, and also start business so that they bring prosperity and expansion to their cities and provide a supportive structure until they become self-sufficient.

Over 300 community groups and organizations have participated in or otherwise supported the Peace Rides. These include motorcycle and car clubs, churches and religious institutions, gang intervention and mentorship programs as well as members of law enforcement and government.
Find out more 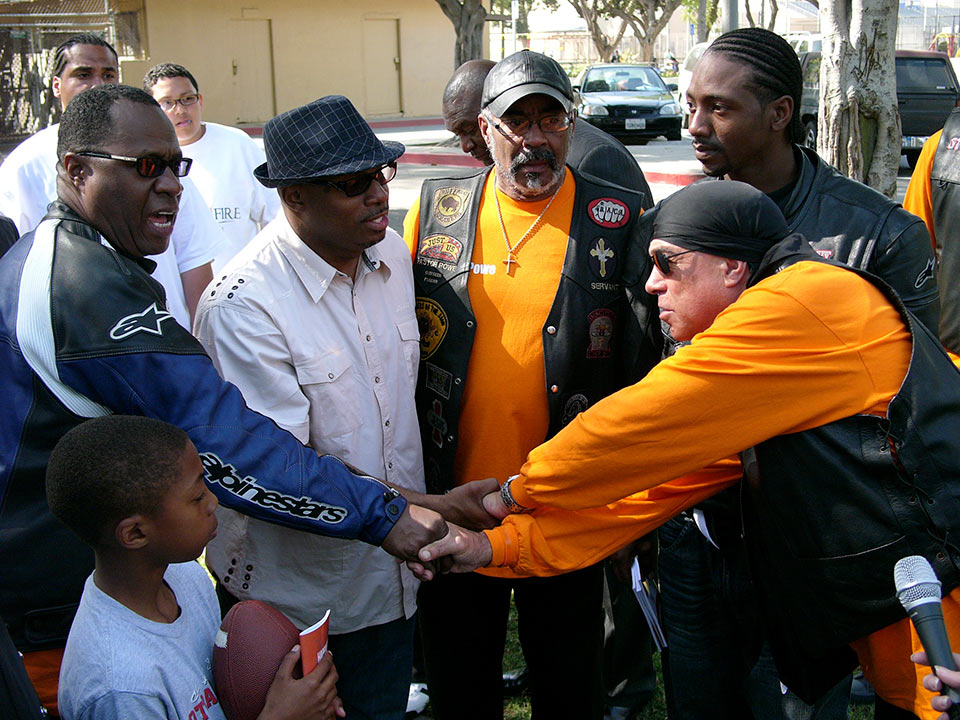 Highlights from Past Rides and Events

Every month United in Peace takes to the streets spreading a message of unity and peace in our communities. More than simply riding motorcycles and cars in the name of something, the Peace Rides travel into the very heart of our communities to embrace and engage local residents in this popular peace movement.
view more videos here