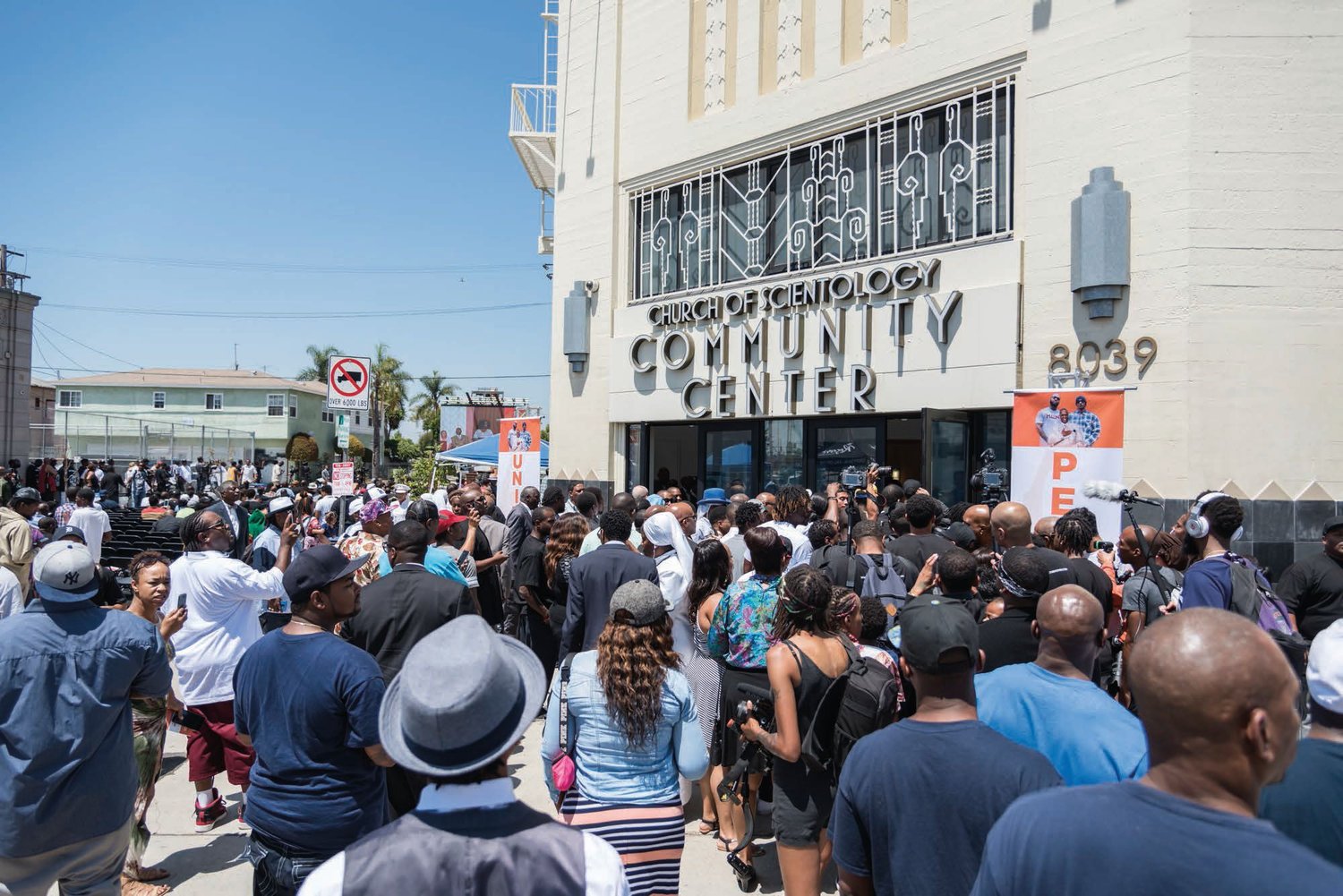 Famous rapper and actor The Game ignited it with his Instagram invitation: “On behalf of [email protected], & the honorable @louisfarrakhan,” he called on “all CRIPS, BLOODS, ESE’s & all other gang members, major figures & GANG LEADERS from every hood in our city…to have the much needed conversation amongst ourselves about our influence on the youth in our respective neighborhoods & how we can serve as better role models to them & the brothers we stand beside daily.”

Some 2,500 responded to his invitation by arriving at the summit. The message was carried throughout the community by announcements on 92.3 FM/REAL by radio host Big Boy, flyers put out by scores of community groups and churches, and word of mouth.

It was a gathering of rival gang members, cops, gang interventionists, and the families and friends of gang victims. Yet through the entire afternoon, not a single act of violence took place.